Brussels-based executive search company, Odgers Berndtson has predicted that the UK’s departure from the European Union (EU) will prompt the appointment of more international Directors in FTSE companies.

Odgers Berndtson predict that these senior hires will come from the existing EU27 countries.

Baroness Virginia Bottomley, Chair of the firm’s Board Practice said that post-Brexit, it will be “vital” for multinational companies in London to have EU representation to prolong EU relations and diversify UK boards.

“As Britain leaves the EU, many boards are likely to require individuals with personal, cultural and corporate experience from the EU27 countries,” Bottomley wrote in the Brexit, Business Leaders and Investment report that was published last week.

“The EU will remain a vital market for the UK, and Britain’s departure will enhance the value of European voices in the boardroom.”

“The UK coming out of Europe could have the effect of encouraging British companies to appoint more directors from the EU27,” she continued in the report.

Other impacts that Brexit has on top hires includes higher import and export costs, which are a key concern for senior executives in Germany and Ireland – where many US multinationals are based.

In addition to concerns regarding access to EU talent post-Brexit, UK-based companies are searching for finance heads able to fight against a backdrop of lower economic growth, the report adds.

The trend analysis from the Millennium, published by Odgers Berntson, shows how leaders of the FTSE 100 have become more inclusive globally. 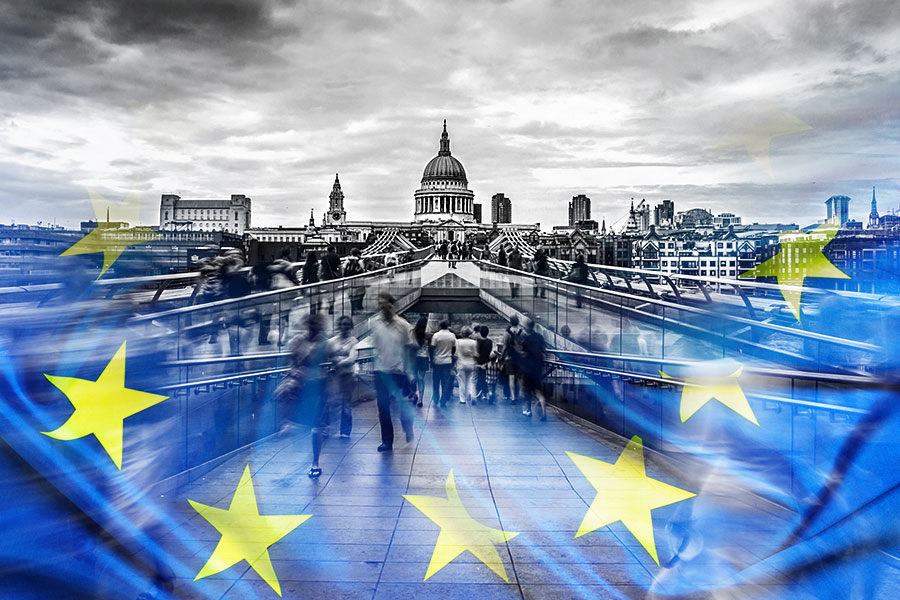 Just 54% of Chief Executives are UK-born, compared with 79% in 2001, whilst the number of European chairs and non-Executives has doubled over the same time.

Notable top appointments from Europe to UK companies include Roberto Quarta and Javier Ferran, chairs of WPP and Diageo and Marco Gobbetti, who replaced a UK-born chief executive at Burberry.

However, it may be difficult for firms to secure overseas talent, with research from The Boston Consulting Group (BCG) and totaljobs finding the UK’s desirability as a place to work has fallen.

In addition, six in 10 (62%) British respondents said they are open to working overseas, a figure that has increased substantially from 44% in 2014 – which is the highest percentage increase out of all countries surveyed.

Nick South, Partner in The Boston Consulting Group’s London office, said that the research demonstrates the scale of the talent challenge facing organisations in the UK. “British workers’ willingness to work abroad has significantly increased,” he said. “This is the largest increase seen in any country globally.  Together, these two talent trends create a major challenge for the UK.

“It is critical for UK private and public-sector organisations to get on the front foot and proactively take steps to attract and retain top class talent to ensure their future success.”